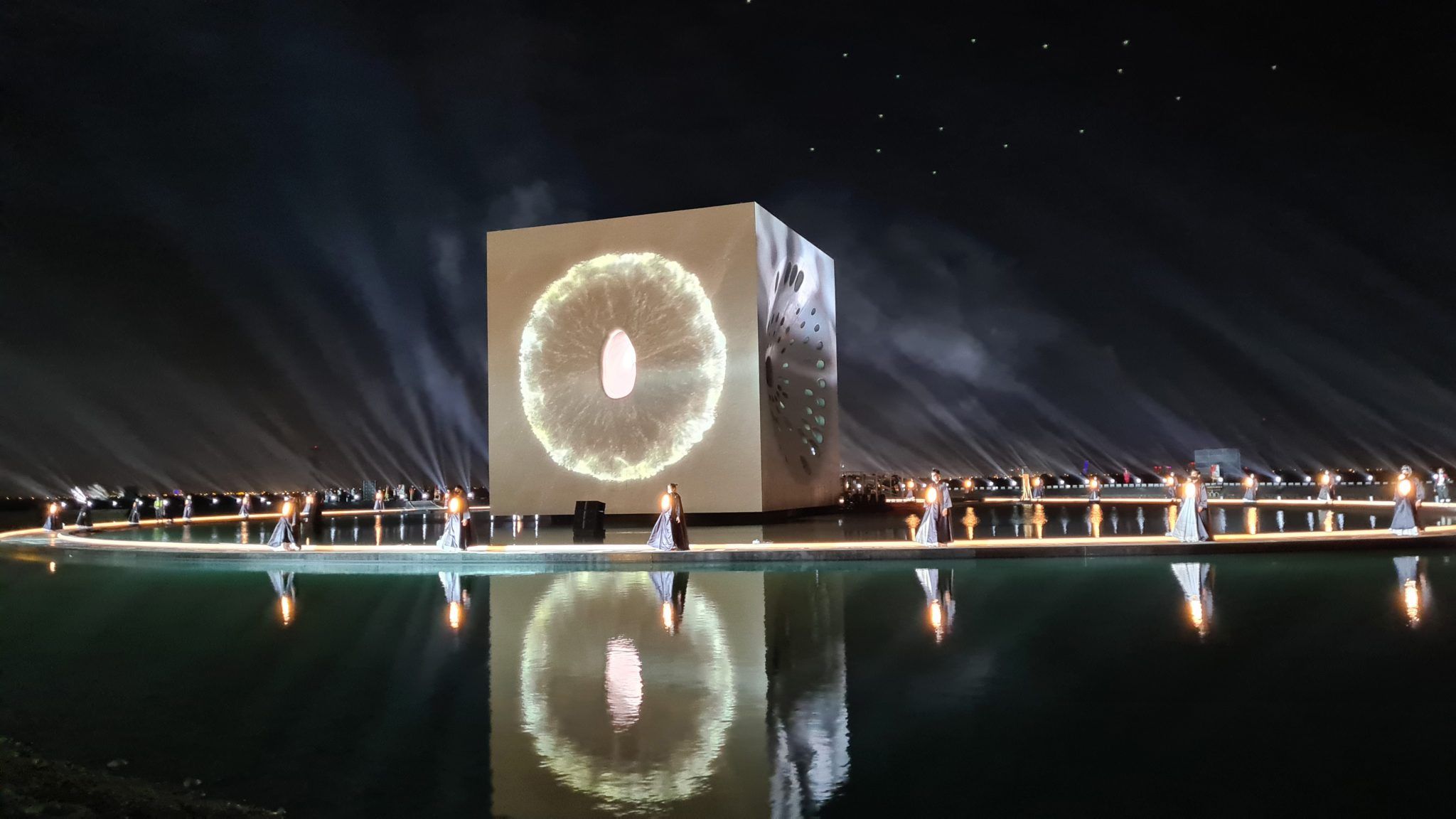 The United Arab Emirates’ National Day, otherwise known as UAE National Day, is a commemoration of the date in 1971 when the six small Gulf kingdoms of Abu Dhabi, Ajman, Dubai, Fujairah, Sharjah, and Umm Al-Quwain joined together to form one federation. A seventh emirate, Ras Al Khaimah, was integrated into the union early the following year, completing the formation of the Nation known today. Every year, the UAE National Day holds grand, vibrant celebrations across the country. On the UAE’s 49th National Day, celebrations took place at Al Jubail Mangrove Park in Abu Dhabi, under the ‘Seeds of the Union’ theme.

The organizing committee constructed a magnificent centerpiece and multi-layered production on Jubail Island, encapsulating the Nation’s historical achievements while sharing visions of a hopeful and culturally enriched future with a brilliant immersive visual display. The visual centerpiece is a kinetic art sculpture of enchanting and emotive video content playing on a 15m moving cube, backed by L-ISA technology’s enveloping sound. A dedicated beach area for the experiential display provides a groundbreaking experience for 400 viewers as the sea surrounds the kinetic illuminated sculpture.

The spectacular immersive experience was created by Es Devlin, who is known for her large-scale performative sculptures and environments which fuse music, language, and light. LarMac Projects delivered the experience with Scott Willsallen, Director of Auditoria Pty Ltd, who designed the mesmerizing immersive audio system.

“So many aspects of this project were unusual,” Willsallen comments. “It was staged in a mangrove with no infrastructure nearby. The set was a 15 m rotating cube weighing hundreds of tons. The project time frame was impossibly short. The audio system was designed around the L-ISA platform from L-Acoustics using 31 outputs to create a 3D immersive acoustic environment of approximately 300 loudspeakers, comprising L-Acoustics K2, SB28, Kara, X8, and 5XT, with Syva as the main surrounding loudspeakers. Syva was chosen due to wide horizontal dispersion and narrow vertical dispersion, perfectly fulfilling the coverage requirements.” 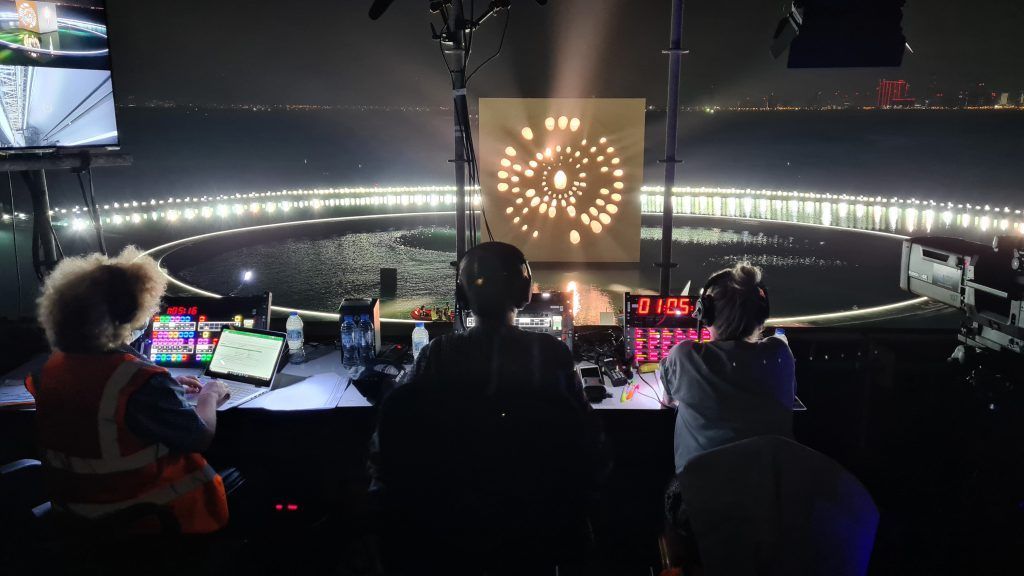 With such an epic sculpture forming the show’s centerpiece, protecting the cubic form’s purity was very important for the whole production. Finding locations for loudspeakers downstage of the cube that would provide the team with their primary sound source while protecting the cube’s view from every camera and seat was tricky. This process led to the small array of three K2 protruding just above the water line to minimize the visual impact as much as possible. The relative levels of the K2, the cube, the cast walkways, and the lighting fixtures were all based on a target water level for the show, managed by pumping in additional water before the show’s start.

The show’s creative aspirations demanded an immersive audio system, so they worked with the music team to determine the soundtrack, audio system design, and recording techniques specifically for this project. The music was a complex blend of western orchestra and traditional Arabic instruments that can be difficult to mix. Still, L-ISA gave the team a vast sound stage to place and spread the instrumentation, providing space for everything without using amplitude. “The surround and overhead loudspeakers allowed us to use the reverb engine to create a sense of a room around the audience area. The sense of space in the sound was remarkable,” noted Willsallen.

“The L-Acoustics L-ISA platform works. Its effectiveness is only limited by the user’s imagination, coupled with a healthy grasp of sound speed. It’s essential to make the most out of the creative opportunities by rethinking everything you know about recording techniques and live sound mixing,” Willsallen continues. “You will find yourself doing less on the console and putting more complex mixes together much faster if captured correctly. The reverb engine is an amazing creative tool that sounds spectacular.”

L-Acoustics Creations is proud to shine a light on the groundbreaking work of some of the world’s top audio experts and deepen our connections with these ambassadors and innovators in sound. To read more about Auditoria’s 300-loudspeaker configuration for the UAE National Day and Scott Willsallen’s other projects, head to their website to learn more.

You’re Having a Bubble!

Bring the Nightclub Home with Ibiza 2.0