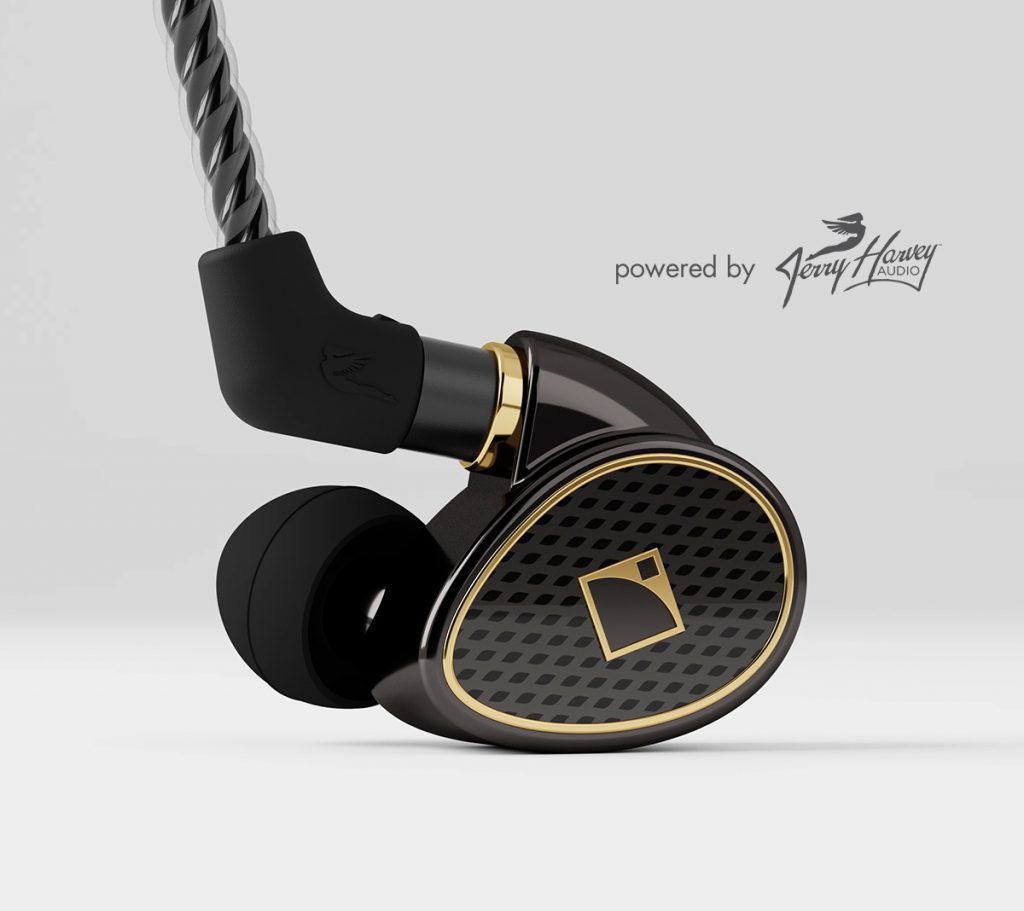 The Ultimate Answer for Your Ears

Contour XO in-ear monitors combine the efforts of two pro audio industry award-winning innovators: JH Audio and L‑Acoustics. If you want the perfect reference IEM for the L‑Acoustics sonic signature on stage, at the mixing desk, in studio, or on the move, Contour XO is the answer.

These newly designed universal in-ear monitors bring you intimately inside the music thanks to 10 balanced armature drivers with 3-way crossover in a quad low, dual mid, and quad high configuration. Furthermore, Contour XO puts you in control of the low end with bass adjustment of up to 15 dB above flat response.

Do you have a question about Contour XO IEMs? Please use the form below to get in touch. 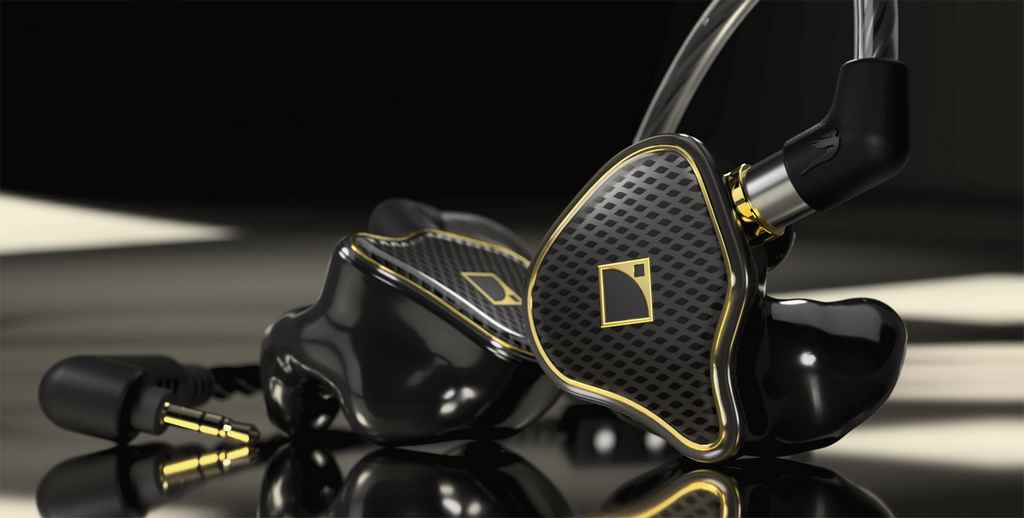 Sound engineers, musicians, and serious audiophiles have come to enjoy the benefits of custom fit in-ear monitors. In addition to the physical comfort of monitors suited to your exact ear shape, a custom seal provides unmatched isolation from any undesirable audio, effectively soundproofing your ears and allowing you to focus only on what you want to hear.

The perfect, personalized fit can be yours for an additional €340 plus tax. The monitor experts at JH Audio are just a click away. Get in touch below to have your Contour XO custom fitted.

Please use this form to get in touch about ordering your custom fit Contour XO or ask a question about custom fit.

Jerry Harvey and Christian Heil can both lay claim to pioneering technologies that would change the pro audio industry forever.

Harvey, an accomplished monitor engineer, first developed a custom in-ear monitor (IEM) for drummer Alex Van Halen in the 90s. As the band toured, word traveled and Harvey would devote his career to defining the state of the art for multi-driver in-ear monitoring. From the Grammys to the VMAs to the Superbowl halftime show to major tours, Harvey’s innovations can be seen in the ears of artists including Aerosmith, Lady Gaga, Guns N’ Roses, Miley Cyrus, Drake, Katy Perry, Justin Bieber, Camilia Cabello and many more.

Heil, the founder of L‑Acoustics, is credited with inventing the line source array, the loudspeaker technology that serves the live events industry to this day, and the benchmark for artists in more than half of the top grossing festivals and at the biggest music festivals around the world.

Contour XO is born of the meeting of these two pro audio industry icons. Harvey and Heil have combined the forces of their R&D teams to co-engineer the renowned L‑Acoustics sonic signature in a premium IEM that continues to elevate the standard for in-ear monitoring. 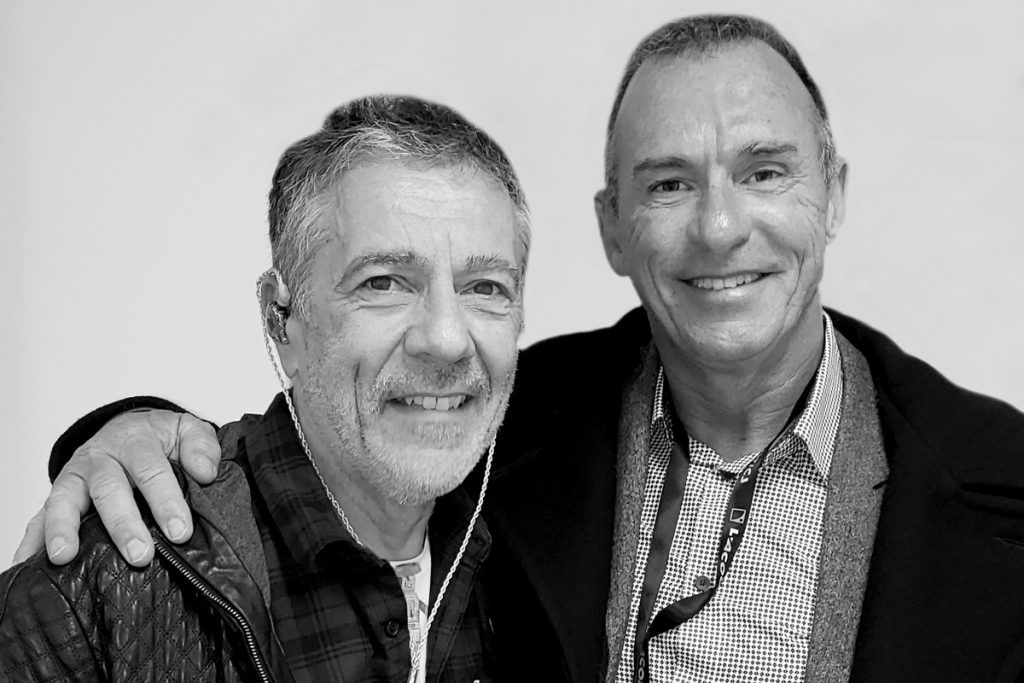 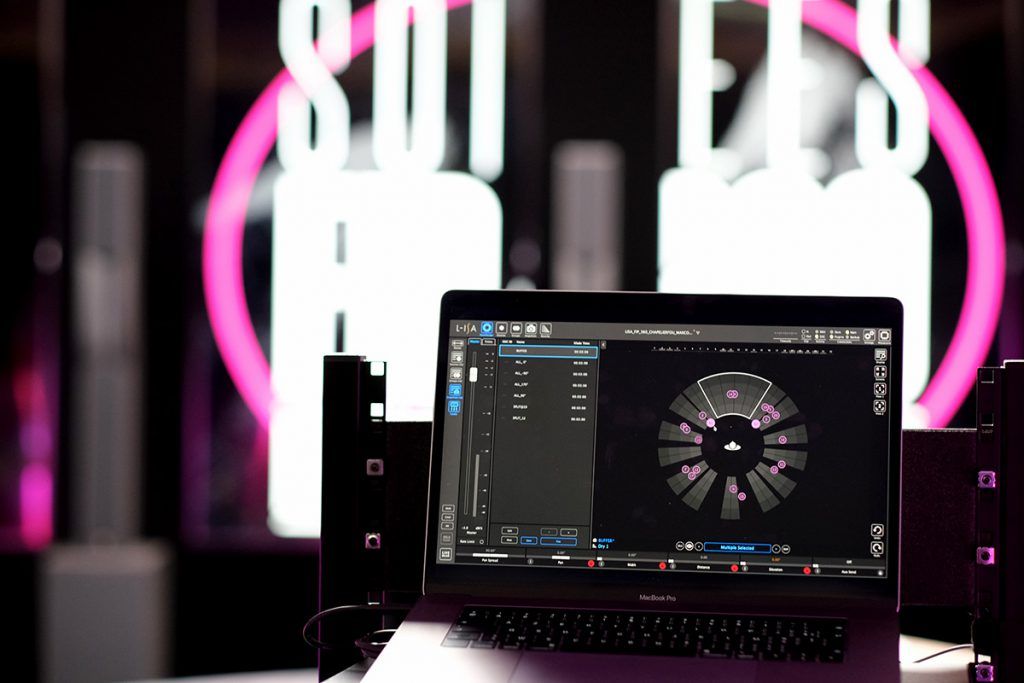 The success of L-ISA Immersive Hyperreal Sound technology and spatialized mixing tools has led L-Acoustics to seek ways to further streamline the production process. Contour XO is the latest addition to the L-ISA creator toolkit and a natural complement to L-ISA Studio, a groundbreaking software suite which enables spatial audio mixing with just a laptop and headphones.

With Contour XO, use L‑ISA Studio anywhere and monitor your immersive mix on headphones (binaural with headtracking) or speaker systems up to 7.1.4 configurations. Visit the link below to learn more and receive a free 1-month trial, no credit card information required. 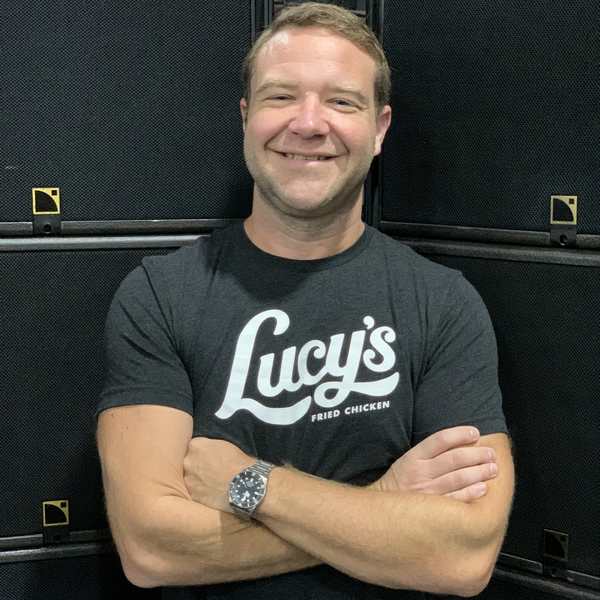 What has always drawn me to L-Acoustics is its musicality: solid sub, punchy low end, thick but detailed low mids, balanced midrange, aggressive yet controlled high mids and, most impressively, smooth and realistic high end. Too many systems nowadays go for unnatural, overhyped high frequencies. Not L-Acoustics. Simply put, it sounds like music. 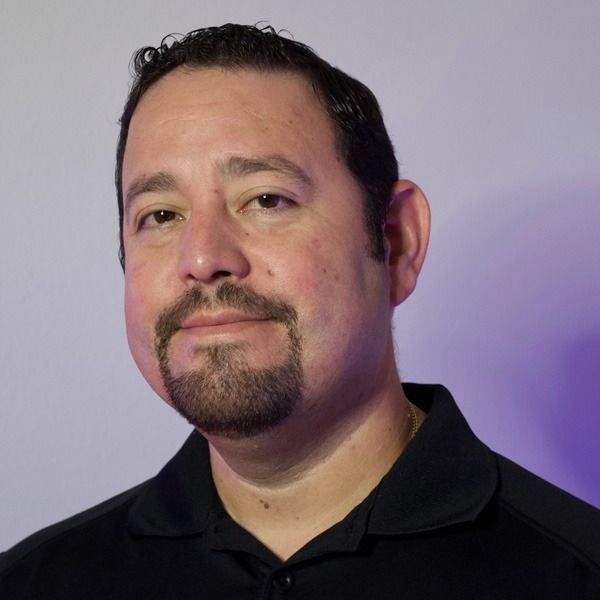 L-Acoustics has provided us with many great tools to enhance what we do. Having the same characteristics in an IEM is a game changer! With Contour XO, the collaboration between L-Acoustics and JH Audio may be the turning point – the next generation of IEMs.

Front of House and monitor engineer 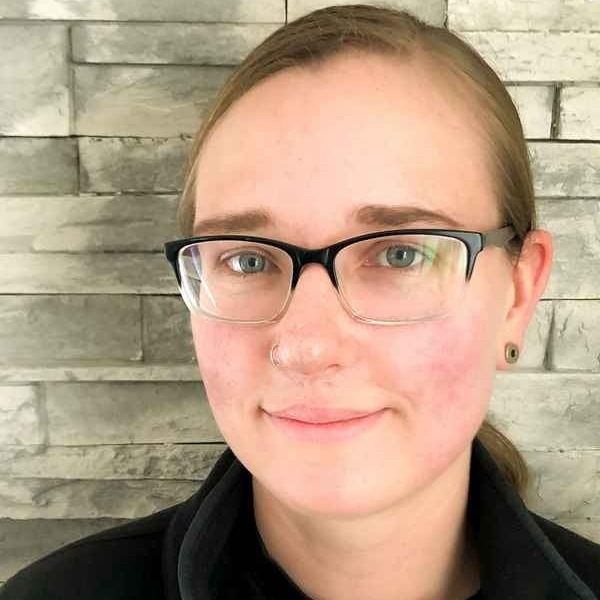 My goal as a systems engineer is to create a blank canvas for the mix engineer to paint on so that every day the painting sounds the same. I’ve always felt that L-Acoustics products have the sonic transparency and fidelity to streamline this procedure because they start the optimization process on the mechanical level. 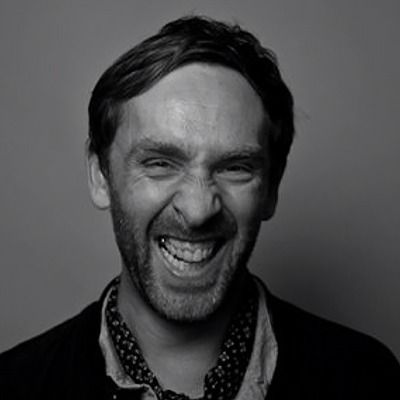 At this year’s BRIT Awards at London’s O2 Arena, I was mixing front of house for UK artist Stormzy. I was so impressed with the audio quality and dynamic range, especially the low-end extension. The clarity and phase coherency was like mixing in the studio, yet the front of house mix position was way back in the room. The bass was intense all the way to the cheap seats, in a word: colossal! 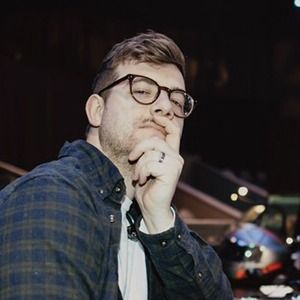 From a professional end-user perspective, I think the Contour XO are going to be perfect for live mixing reference as well as portable mixing rigs, especially if you are used to mixing an L-Acoustics system. In addition, I think musicians and vocalists who want an idea of how the room is sounding in their ears will find this new product very appealing. 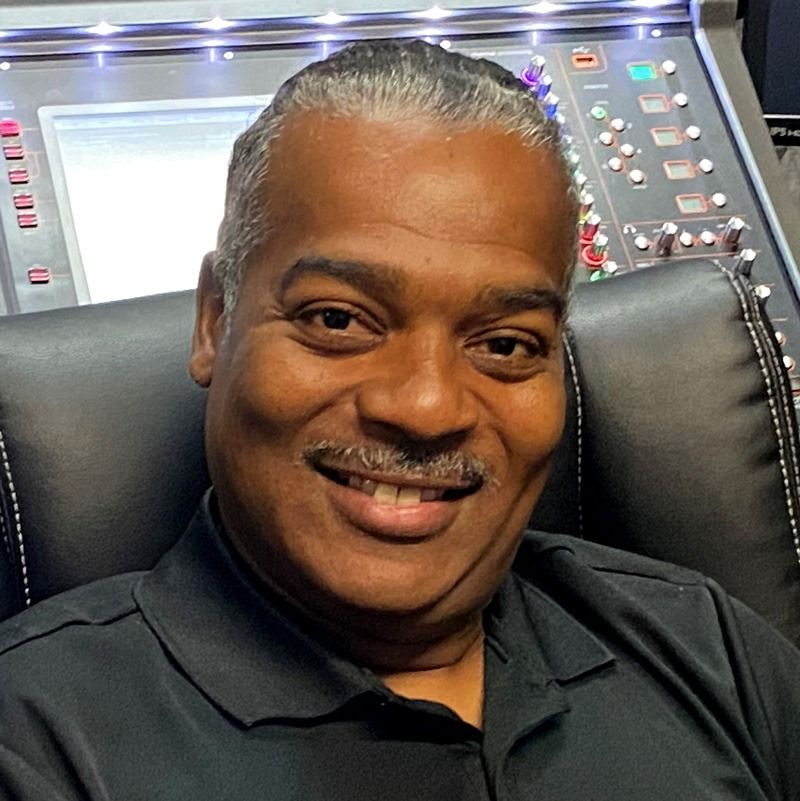 As the FOH engineer for Outkast on an extensive world tour I had the chance to test all the top PA systems and was totally blown away by the L-Acoustics K1 system. In 2017 as FOH for Logic I had the opportunity to build my all-time favorite PA: L-Acoustics K1 over K2, with my favorite sub the KS28, with 2 Kara on top. I got everything I was looking for out of that PA. It was pristine and crystal clear for my application of 128 dB, in-your-face hip hop! I can’t wait to hear the next generation of audio from L-Acoustics. 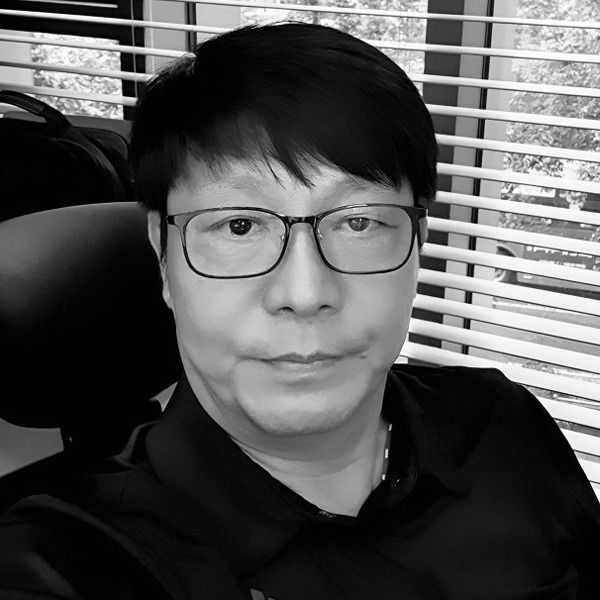 I cannot forget the moment that I listened to L-Acoustics technology for the first time in 1997. The L-Acoustics system was and remains incomparable and was the game-changer in the Korean pro audio industry. The sound of L-Acoustics is the reference for live shows. Contour XO is exciting news for audio lovers and especially fans of live music. I believe the IEMs will bring that huge live sound, and the feeling that comes with it, into the home. 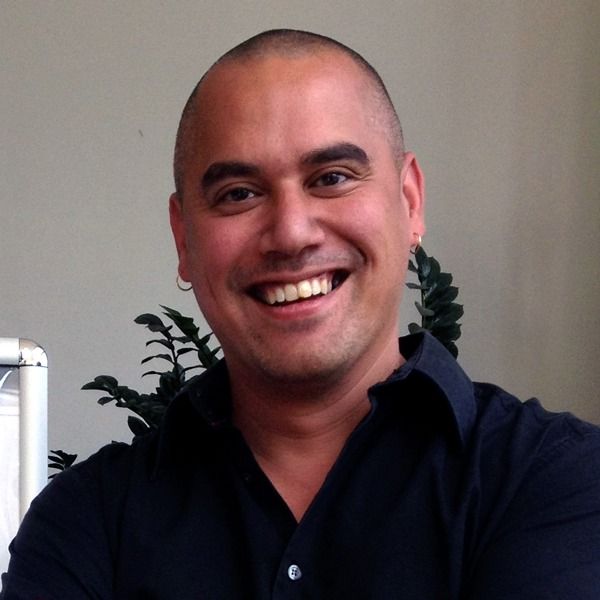 When working on one of our EDM festival sound designs for a client, you show the best and most optimized solution with a detailed view of the project. It is our job to provide a PA that will meet this solution with a similar sonic footprint throughout the whole family tree as well as provide the client and most of all audience with an exciting sonic experience. For those reasons L‑Acoustics has been the system of choice 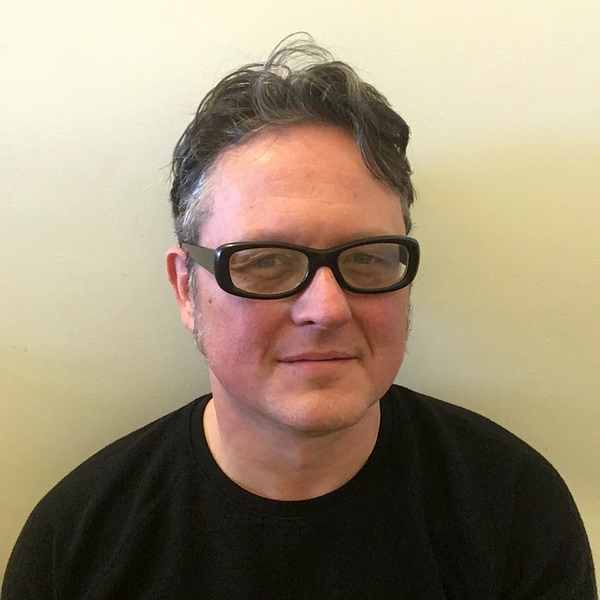 There’s something immeasurable about L-Acoustics speakers. When I mix on a K1 or K2 system it somehow puts me “inside” the music. Sonic details emerge, music blends together easily, and my mixes seem to have more depth and dimension. It becomes a sonic experience that no other technology can deliver. 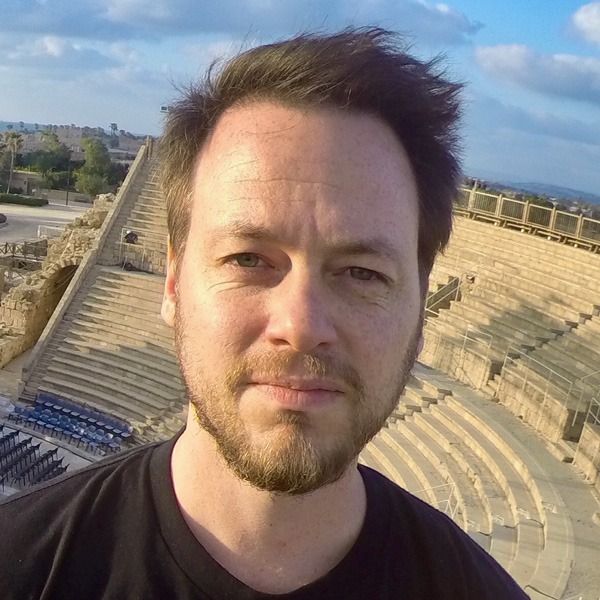 The end of a tour always comes, and while relaxing in the comfort of home, I had always pondered being able to have that L-Acoustics sound on the couch. With the recent development of the Contour XO IEMs, we have the opportunity to take that L-Acoustics sonic signature anywhere. I also look forward to having the option of using Contour XO when it’s time to get back on the road.

We are excited to announce that some of pro audio’s most seasoned and sought-after engineering talent have agreed to join us as expert end users for the introduction of Contour XO.

It all started for Darcy in 1986 when he put his mom’s house speaker in the back of his 1978 Honda Civic. His test song was LL Cool J “Boomin System.” That is when his love for high fidelity audio was born.

With over 25 years of experience, Ramon Morales is a decorated FOH and monitor engineer in the pop and Latin markets. Born in Mexico and raised in the USA, Ramon has stayed connected to his Latin roots while building his career.

Back in 1998, in the heart of Sydney, Australia, James Rudder was dodging age restrictions in order to mix bands in clubs as a mere 16 year-old. Now, 20+ years on, his passion for audio engineering has only strengthened, and it’s even harder to tear him from the console.

While part of the Steriogram (Capitol Records) team, James engineered multiple Hillsong United albums while also touring with them at the FOH position throughout Asia, Europe, South America and the USA, affording him the opportunity to mix at iconic venues such as Staples Center, The Hollywood Bowl, and Madison Square Garden.

Having lived in LA and Nashville, James now calls Charlotte NC home and mixes from his custom studio facility. His recent releases include artists Future Jr., Maggie Miles, Gatsby & Laur Elle, Wagons, and more. He also acts as a regular consultant and system calibrator for L-Acoustics.

Wayne “Rabbit” Sargeant has worked for over 30 years in the industry as a live audio engineer for live performances & TV.

For over 35 years, Kim Do Seok has made a name for himself as one of Asia’s top mixing engineers. Kim started his career as a recording engineer, and then continued as FOH mixing engineer for some of the largest K-pop artists on world tours for SM, YG, and JYP Entertainment groups. Kim Do Seok has designed many of the largest rock and EDM festival sound systems in Asia, and served as a general audio director for the opening and closing ceremonies of the Incheon Asian Games 2014. Kim Do Seok currently holds the position of CEO for the largest PA provider in Korea, Seoul Sound.

With over 25 years as a senior system engineer and sound designer, Arno has built his reputation working on tours with high profile artists such as Arcade Fire, alt-J, Beyonce & Madonna.

Arno is also the owner and founder of the world-renowned sound design consulting firm Noizboyz, who have been responsible for some of the largest EDM festivals such as Tomorrowland, QAPITAL, Reverze & Rebirth.

Arica Rust is a live sound engineer specializing in systems engineering. She currently freelances under her company Wavelength Engineering, and works with companies such as Solotech, Sound On Stage, Creative Technology, and more.

Her experience encompasses a diverse clientele from touring with artists such as Seventeen, Sarah McLachlan, and Hillsong United, among others, to high-profile corporate events for companies such as IBM, Oracle, and Salesforce. Recently she has been getting more involved with education in audio, and also is an active member and blogger for Soundgirls.org, a professional advocacy organization working for diversity and inclusion of underrepresented groups of people in the music and audio industry.

At the age of 19, Chris Rabold began what would become a long and prosperous career in live audio. Taking on whatever was thrown at him, he cut his teeth with Widespread Panic out of Athens, GA.

In 2000 he would reunite with Widespread Panic, taking on the dual role of front of house engineer and production manager. Over those next 11 years, Chris’s reputation continued to climb, leading him into the pop music genre and taking up position at FOH for both Beyoncé and Lady Gaga. As fate, and success, would have it, Chris would juggle multiple clients moving from tour to tour. Over the years, Chris would come to work with Country superstar Kenny Chesney, Florence + the Machine, Justin Bieber, Norah Jones, and currently travels the globe with Bruno Mars.

For over 25 years, Lance Reynolds has made his name as a leading FOH Engineer, getting his start in Chicago as a recording engineer working with local punk bands. Lance soon gravitated toward mixing live sound for international artists Ash, honing his skills on the festival circuit.

In 2012 he teamed up with the internationally acclaimed UK alternative rock group, alt-J, which quickly evolved into a long term relationship, culminating in 2018 with the groundbreaking 360° L-ISA Immersive Hyperreal Sound concert at Forest Hills Stadium (NYC) and later that year, two sold out shows presented in L-ISA at the Royal Albert Hall (London).